Clear and effective contracts that withstand legal scrutiny can be the backbone of a successful business. Conversely, contracts that have not been reviewed by a legal professional may subject you and your business to fully preventable risks. Business contract disputes may uncover previously unknown weaknesses in the very foundation of otherwise successful businesses. While these disputes may be unexpected, business owners must not be unprepared.

Unfortunately, business owners must account for the inevitability of contract disputes among the costs of doing business. Whether disagreement among shareholders, members, or partners, violations of employee non-compete agreements or disputes concerning customers’ terms of service, the veracity of your agreements will at some point be challenged. In instances of material breach, legal defense may be your only path to resolving the dispute while protecting your business.

Of course, we recognize that our clients typically don’t generate revenue in the courtroom, rather seeking to minimize costs. Thus, the accomplished commercial litigation attorneys at Rosenberg Law, P.A., reliably expedite the contract dispute resolution process while vigorously protecting your interests and business operations.

What is a Breach of Contract?

Breach of Contract occurs when one or more parties involved in a contract do not honor the binding agreement. There are four types of contract breaches which may demand legal remedy.

A minor breach or partial breach occurs when the non-breaching party is not damaged by the breach. For example: You order and pay for a specific item online. The item is delivered on-time, however there is also a note with the item. Your chosen item had sold out, so the seller replaced it. The item is a different brand/model, but does offer matching specifications. While this certainly is not exemplary customer service, it does not entitle you to damages and thus may be referred to as a minor breach.

A material breach occurs when one party fails to meet an obligation under the agreement such that the non-breaching party may seek damages. Many factors are considered in evaluating whether a breach is material, including but not limited to:

A fundamental breach of contract indicates a failure to meet obligations such that the agreement may be deemed “irreparably broken”, having nullified the purpose of the agreement itself.

An anticipatory breach of contract, or anticipatory repudiation, indicates that one party in a contract has indicated that they will not meet contractual obligations. This may be indicated via words (notice) or through action and/or inaction related to the obligation. If faced with an anticipatory breach, you must act immediately to avoid losses or damage resulting from that breach. When a non-breaching party fails to act in its own best interest – to mitigate damages – that party may forego its right to full recompense. In the eyes of the law, the breaching party cannot be liable for anticipated damages that were not addressed by the other party. 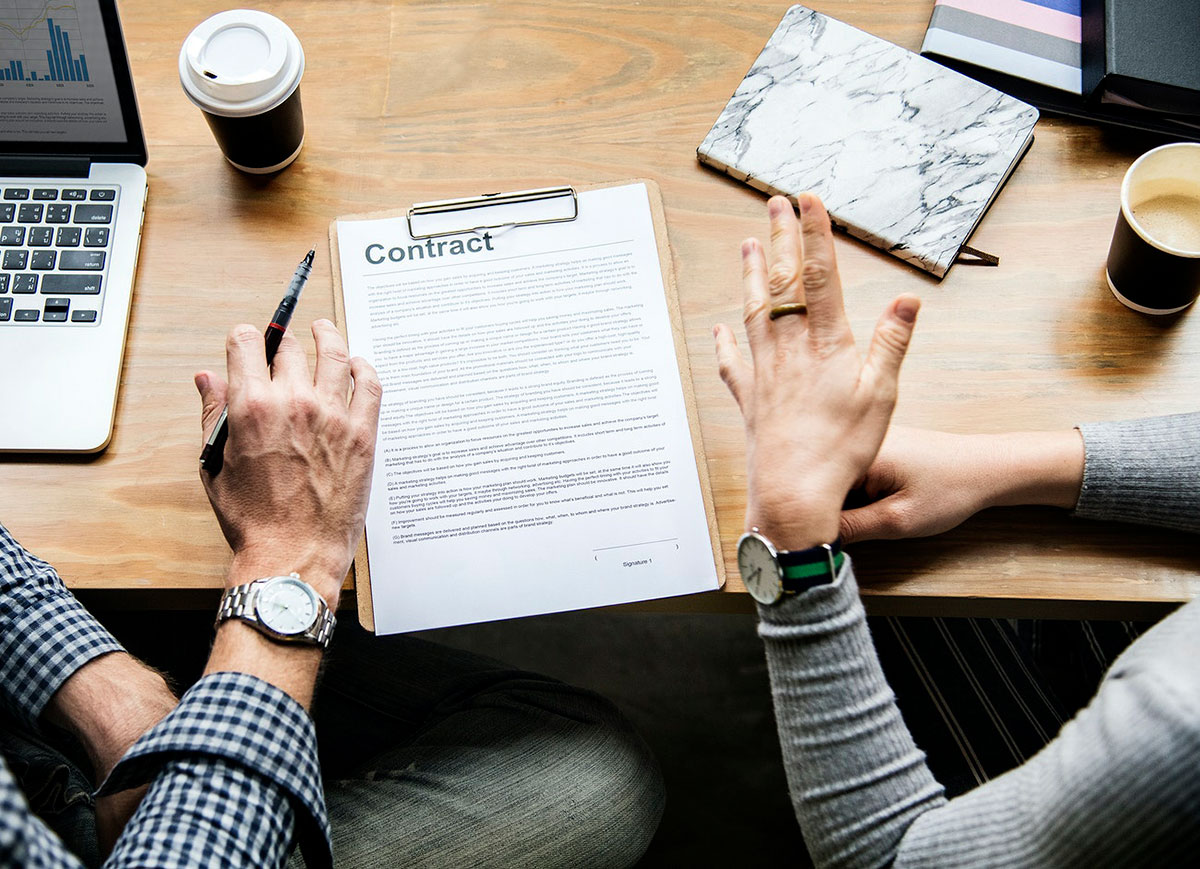 What are the Most Common Causes of Business Contract Disputes?

What is Tortious Interference?

Litigation may be pursued when a business identifies a competitor(s) practices as deceptive, interfering with the free market, or designed to injure a plaintiff’s  business. The competitor’s methods  must exceed merely aggressive tactics and indicate an intentional interference with existing contracts or reasonably certain financial relationships causing monetary loss. As tortious interference by definition is committed by a third-party under no obligation to the plaintiff, it cannot be categorized as a contract dispute or breach. However, the resulting financial losses require it be considered alongside mitigation of similar risks.

What are the Most Common Remedies for Contract Disputes?

As noted above, readily identifiable and quantifiable losses play a foundational role in determining the validity of a complaint which seeks damages, monetary or otherwise. Similarly, remedies available to the plaintiff may not be solely monetary, so long as they reasonably compensate for the losses.

Liquidated damages are defined within the contract, agreed to by both parties at the time of signing and prescribing the “recoverable” damages in the instance of a breach by either party. Compensatory damages are monies awarded as redress for the plaintiff’s  financial losses. Punitive damages may be only be awarded in conjunction with compensatory damages where malicious intent or gross negligence is proven, or the losses are deemed particularly egregious.  Structured settlements are intended for recipients of large damage awards that do not wish to receive the payment in a lump sum. There are various reasons to opt for a structured settlement ranging from tax deferral to trust and estate planning (especially for minor beneficiaries).

Restitution aims to restore both parties to their respective positions prior to entering into the contract and may call for monetary and/or non-monetary remedies. Rescission occurs when the court terminates a contract that has been entered into because of duress, undue influence, a mistake, or fraud. If the court chooses to correct any inequities, then reformation may be the remedy—rather than setting aside an entire contract, the court may resolve the dispute by rewriting certain contract terms. Under specific performance, the party that breaches the contract is ordered to perform the duties specified under the contract. For example, if one person signed a contract to sell a particular item, but intended to defraud the other person all along, the court may force the party breaching the contract to sell that item. 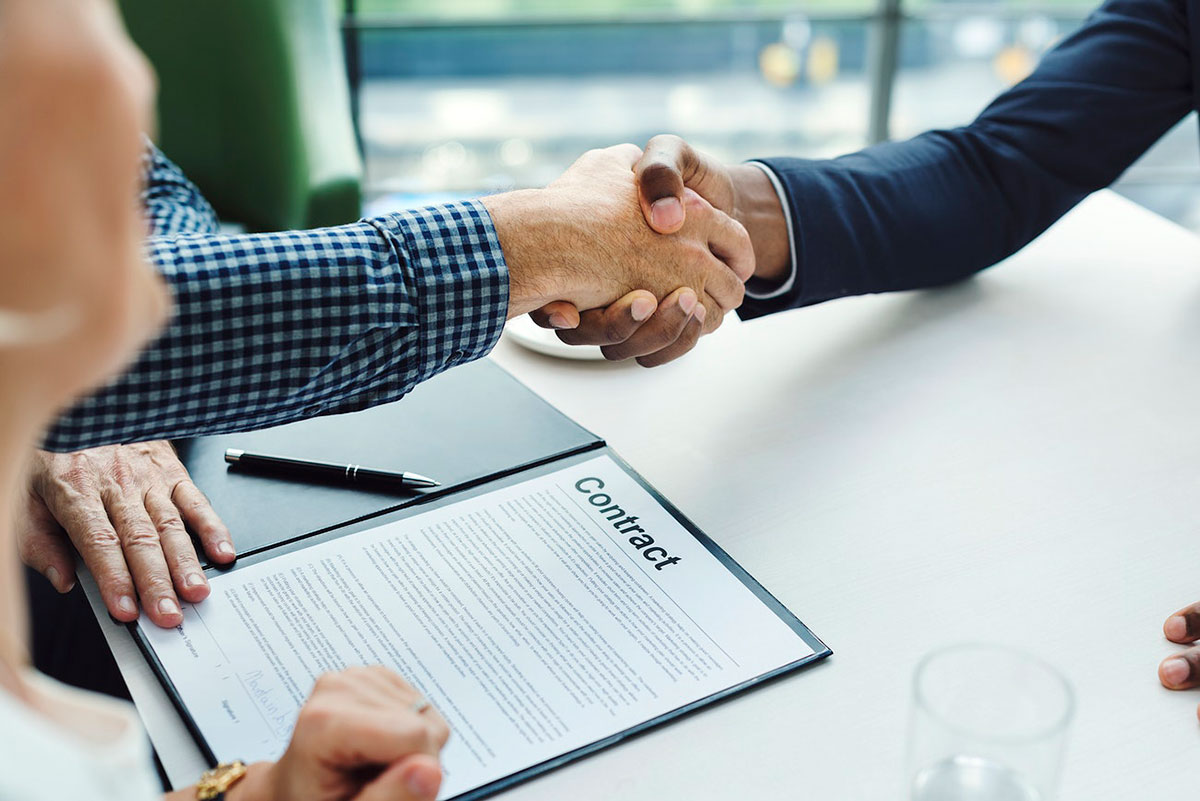 Rosenberg Law, P.A., understands that cost-effective dispute resolution is crucial to the success of a business. Our highly experienced business contract dispute attorneys provide a full spectrum of business services, including, but not limited to breach of contract resolution, employment agreements, compensation agreements, shareholder agreements, and Florida’s Deceptive and Unfair Trade Practices Act. No matter the size of your business, or your particular industry, the skilled attorneys at Rosenberg Law, P.A. have the knowledge and experience necessary to resolve your contract disputes. Contact Rosenberg Law, P.A. today—we have offices in Sarasota and Plantation for your convenience.